Sharon and Nicky Feanny’s villa is so beautifully positioned by the ocean, the waves literally kiss the property.

With little distinction between inside and outside living, the open plan style means you are never far away from the breathtaking sights and sounds of the sea.  The property itself sits on a secluded and untouched spot of Treasure Beach – a small, laid-back fishing community on the south coast of the island.

The house is called Shakti Home.  In Sanskrit, Shakti means ‘power or empowerment’ and refers to the concept of ‘divine feminine creative power’.  This is important for Sharon, whose mantra is her life, her work, her passion and how she serves others everyday:  Live Fit, Live Life and most importantly, Live Love.

The villa is just one of Sharon’s many passions.  For the past 30 years she has been thriving in the field of health, wellness and healing.  She began with an aromatherapy company called Starfish Oils, then ran a successful mind, body and fitness center in Kingston before moving to Montego Bay where she runs a yoga business and her newest creation, Live Fit Detox. Her newest venture is a fusion of her many years in the field of wellbeing where she runs life-transforming programs that focus on detox, yoga, high vitality food, cooking workshops and fitness.

It has always been a dream of Sharon’s to find a home or a piece of land in Treasure Beach.   She wanted to be able to show her children the real Jamaica with authenticity, spirit and truth at its core.  Treasure Beach is located in the parish of St. Elizabeth and known as the desert coast, having the least amount of rainfall on the island.  The area has been compared to the savannahs of East Africa with fields of scrub grass, cacti, flat plains, acacia and lignum vitae trees.  It is also known to have the friendliest and hardest working people in Jamaica and it couldn’t be further away from the expensive resorts and hustle of Negril, Ocho Rios and Montego Bay.

After the birth of her youngest child and whilst spending the New Years holiday at a rented villa close by to Shakti, Sharon would walk past the house on a daily basis on her way to one of the safe swimming coves.  Treasure Beach is made up of four coves – Billy’s Bay, Frenchman’s Bay, Calabash Bay and Great Pedro Bay.  Sharon wrote down her goals for the upcoming year, one of which was buying her dream home in Treasure Beach.  At a New Years day gathering, Sharon met a real estate agent to whom she told her goals.  Less than two weeks later she received a note saying her dream house was for sale.  This was six years ago.

Since then the Feanny’s have slowly been transforming their home.  When they bought it the house was painted entirely purple and that included the loo seats!  The walls have been white washed and the shutters painted blue, influenced by Greek style; creating a blank canvas that pulls the colours and tones from the outside, in.

The main house has two bedrooms with en-suite bathrooms that lead from the open planned kitchen cum sitting room, which in turn opens onto the ocean-side veranda that spans the front of the house.  Sharon’s mother, Joan McConnell specializes and designs traditional Jamaican furniture from her home in St. Catherine and a lot of the furniture for the house has been made by her.  In fact, the house is furnished with a lot of local finds that Sharon has collected from artwork by well-known artists to the soft furnishings and fabrics made by local seamstresses.  She has decorated and personalized the house with natural and poetic finds, from seashells, carvings and sculptures, to meaningful quotes and trinkets.

The Feanny’s added a third bedroom directly behind the main house above the garage.  This room was designed by the famed Sally Henzell, who has a cool cult following and is known for her love of Gaudi and adobe influences.  The walls in the bedroom that separate the quirky free standing, walk through shower just behind the head of the bed are made from conch shells cut on the diagonal.  The deck immediately outside this room is built into a tree; giving it the look and feel of being in a tree house.  Stairs lead up to a roof deck with 360-degree views where walls are embedded with colourful glass, another signature of Henzell’s designs.

Outside the main house, Ruellia flowers frame the veranda and the area is furnished with a dinning table and chairs and another seating area in which to soak up the magnificent views.

In the garden there is an outside shower that has a spiral wooden frame surrounding it.  Sharon’s husband, Nicky built the yoga deck as a birthday present.  The roof is decorated with fish pot sticks, sourced locally and quite the ‘in-thing’ to use in Treasure Beach.  Sharon’s local masseuse, Krisi, made the chakra stones leading from the house to the deck.

A low wall surrounds the property, which has been shaped as waves and a wrought iron gate leads you down a few steps to the beach beyond. As well as being a family home, Shakti is rented out.  It comes with a resident chef, (Audrey) who makes deliciously healthy meals using the freshest of the fresh local ingredients. So beautiful is the location of Sharon and Nicky’s home that you can’t help but feel the stresses and strains of everyday life peel away and dissolve, it is the perfect place to spend a lot of time.

Reviews from Our Guests 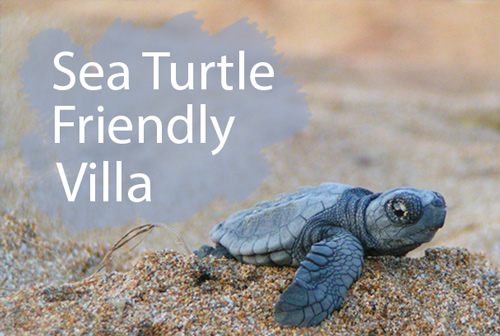